It’s not often that one gets a chance to work with bona fide music legends, so the Octalouie team jumped at a chance to work with the band that backed Bill Haley over 50 years ago. “Rock Around the Clock” was the first rock and roll record ever purchased by millions of people, including John Lennon, who was inspired by this music to form the Beatles. The Octalouie team was honored to work with these energetic grandfathers of rock, who demonstrated that age is no detriment to those that love this music. Eric Predoehl directed and edited this program with Octalouie partner Jesse Block. Aron Ranen was brought as a third camera operator, and Marcus Buick oversaw audio production. Working closely with executive producers Brian Martin and Alan Parowski, the Octalouie team is proud to present a powerful document of the Original Comets that we hope will be released soon for the DVD market.

Todd Rundgren performed live at Maritime Hall in San Francisco in 2000, and our guy Jesse Block was given the opportunity to direct the video. Available at all the usual outlets, the DVD of this show includes such songs as I Hate My Frickin ISP, Yer Fast, Black and White, Number 1 Lowest Common Denominator, Open My Eyes, Trapped, Love in Action, Bang the Drum All Day, Temporary Insanity, Medley: Mystified/Broke Down and Busted, Buffalo Grass, and more! 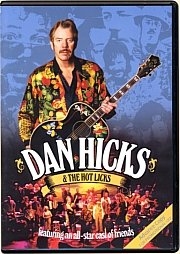