If you’ve attended any of the Monterey Jazz Festivals in the past few years, you’ve probably seen some of Jesse’s work, as he’s been directing television for the big screen there since 2002, which included some unforgetable performances by Sonny Rollins, David Brubeck, Diana Krall, Herbie Hancock and Ornette Coleman, to name but a few. 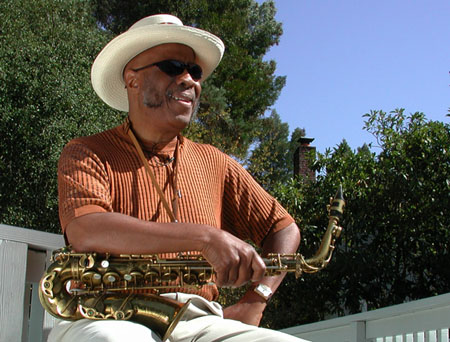 In 1965, John Handy recorded an album that inspired an ocean of adjectives by jazz writers all over the world. “Live at Monterey” was the album that drew overwhelming praise for alto saxophonist John Handy and a quintet that included violinist Michael White, guitarist Jerry Hahn, bassist Don Thompson, and drummer Terry Clarke. Some 30 years later, the band reunited at a special performance at the Storyville nightclub in San Francisco, and Octalouie producer Jesse Block decided to use this moment as a focal point for a new music documentary. As a superb musical performance captured with multiple camera angles, digital multi-track audio, and insightful interviews with the band members, this program promises to be yet another amazing addition to the archives of recorded music.